Your search for posts with tags containing Chelmsford found 7 posts

“There the people were much frightened”

Yesterday we left James Reed of the “Woburn Precinct” (Burlington) hosting about a dozen British soldiers in his house on the afternoon of 19 Apr 1775.Some of those redcoats had given themselves up in Lexington in the morning while others...
Abigail Jones Beverly Billerica British soldiers Burlington Chelmsford Concord Ipswich James Reed John Hancock Lexington militia Newburyport prisoners of war Samuel Adams Woburn
From: Boston 1775 on 26 Mar 2019

Moses Parker and His Comrades in the Redoubt

As I said yesterday, Col. Ebenezer Bridge’s regiment was one of the New England units ordered onto the Charlestown peninsula on the night of 16 June 1775. Maj. John Brooks and three companies stayed behind at first for other duties, but Bridge,...
Abigail Adams artillery Asa Pollard Bunker Hill Charlestown Chelmsford Continental soldiers Ebenezer Bridge fortifications medicine Moses Parker prisoners of war William Prescott
From: Boston 1775 on 12 Jun 2017

Moses Parker was born on 13 May 1731 in Chelmsford. Seven years earlier, his father Joseph had served as a “Lieutenant of a company of snowshoe-men” in what would be called Dummer’s War. Once back home, Joseph Parker served on committees...
Aaron Barr Bunker Hill Canada Chelmsford Continental soldiers Crown Point Ebenezer Bridge John Brooks Massachusetts Provincial Congress militia Moses Parker
From: Boston 1775 on 11 Jun 2017

Attending a party in Chelmsford at the weekend had an unexpected bonus – my first visit to Chelmsford Cathedral, which revealed a couple of interesting naval memorials. Here’s the poignant epitaph for John Pocock Tindal, killed at the age...
Camperdown Chelmsford Naval history Tindal family
From: Gentlemen and Tarpaulins on 10 Oct 2016

In March 1818, the Port-Folio magazine published Henry Dearborn’s account of the Battle of Bunker Hill. Dearborn was a veteran of that battle and the war that followed, later a Secretary of War, and finally a general during the War of 1812. So of...
artillery Benjamin Pierce Bunker Hill Chelmsford Continental soldiers Henry Dearborn Israel Putnam John Callender John Ford New Hampshire remembering the Revolution
From: Boston 1775 on 16 Jun 2015

TOWIE II: Return to the Miami

The award of an Irish Research Council New Foundations grant was an important achievement for the Charles Clark project. We had previously won the Antiquarian Booksellers Award from the Bibliographical Society which enabled us to travel to the Essex Public...
book history Chelmsford Colchester Cork Essex Essex Public Records Office Great Totham Heybridge Maldon printing psychogeography The Bull Tiptree Uncategorized Witham
From: Finding Charles Clark on 22 May 2013 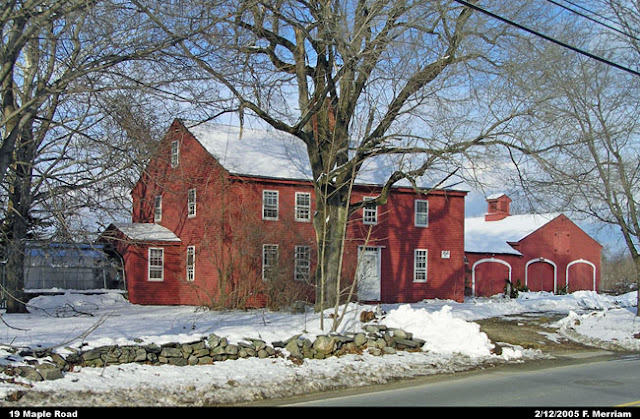 Yesterday I shared the first half of an essay by Dan Lacroix about stories told in Westford and Cavendish, Vermont, about a man named James Hall, said to have deserted from the British column on 19 Apr 1775 after being hit by a provincial musket ball...
blacksmiths British soldiers Chelmsford Concord deathways Ephraim Hildreth guest blogger immigrant James Hall John Hildreth Michael Jackson mysteries Thankful Hildreth Vermont Westford
From: Boston 1775 on 20 May 2013