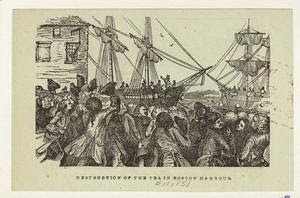 John Crane at the Tea Party

As shown yesterday, the Boston Whigs played down the crowd violence against Richard Clarke and other tea consignees in early November 1773. That effort became easier when those merchants decided it was safer to be out of town, either in the countryside...
Boston Tea Party Castle William Charles Conner Ebenezer Stevens Edward Winslow John Crane militia political organizing remembering the Revolution Richard Clarke shipping
From: Boston 1775 on 17 Dec 2019

“Hove the Tea all overboard” 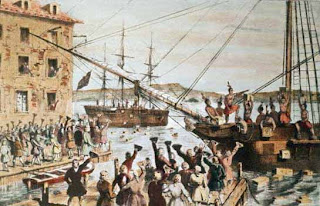 On the anniversary of the Boston Tea Party I’m sharing one of the more unusual eyewitness accounts of the event. This text was published in Traits of the Tea-Party in 1835, labeled “Extract from the Journal of the ship Dartmouth, from London...
Alexander Hodgdon Boston Tea Party Ebenezer Stevens Francis Rotch James Hall Loyalists mysteries Nantucket Royal Navy shipping tea
From: Boston 1775 on 16 Dec 2018

Yesterday I quoted Benjamin Simpson’s account of the Boston Tea Party, as he reportedly wrote it in 1828 and as it was published in 1830.That’s one of the earliest descriptions of the event from someone who said he participated in destroying...
Benjamin Simpson Boston Tea Party Ebenezer Stevens Francis Rotch John Crane Joshua Wyeth Maine Native Americans Old South Meeting-House remembering the Revolution shipping tea
From: Boston 1775 on 15 Dec 2017

Yesterday I introduced Asa Copeland as a “young lad” apprenticed to the Boston carpenter Amos Thayer. He opened his master’s door to a redcoat the night before the Boston Massacre and heard that soldier offer a warning to Thayer to keep...
artillery Asa Copeland Boston Tea Party Continental soldiers Ebenezer Stevens handcrafts Henry Knox remembering the Revolution shipping Tench Coxe
From: Boston 1775 on 14 Mar 2017

“They say the actors were Indians from Narragansett” 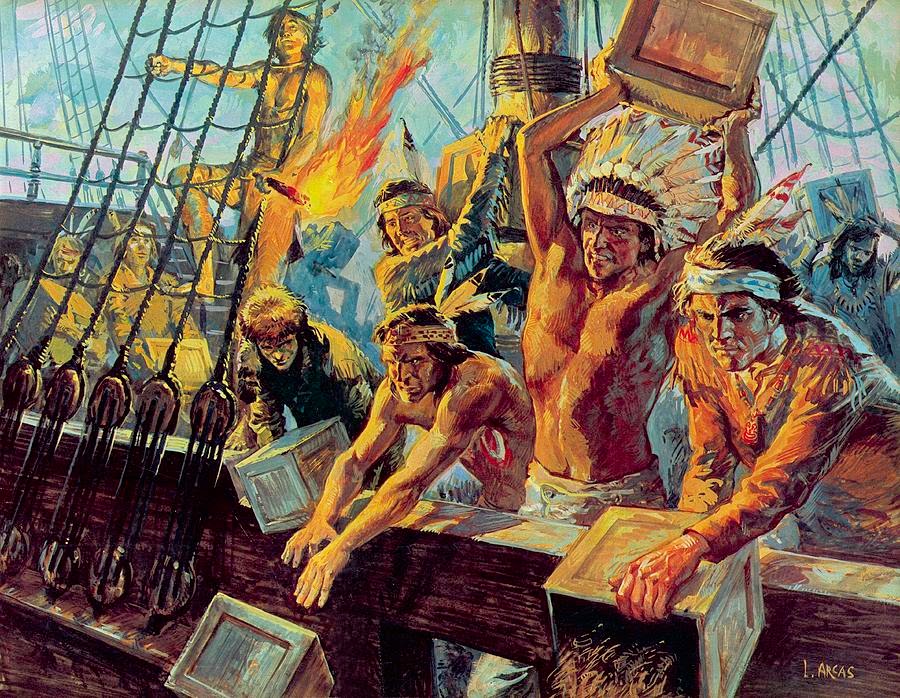 Some of the men who destroyed the East India Company’s tea in Boston harbor on 16 Dec 1773 were disguised. Some were not, according to participant Ebenezer Stevens.He later told his family: “none of the party were painted as Indians, nor,...
Boston Tea Party Dorchester Ebenezer Stevens Ebenezer Withington John Adams John Andrews myths Native Americans printers propaganda Provincetown Rhode Island tea
From: Boston 1775 on 18 Dec 2016 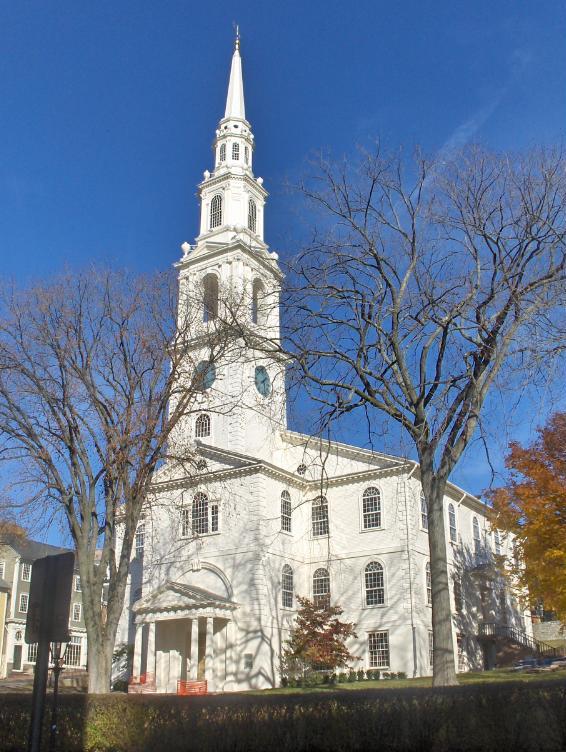 On Thursday, 8 December, I’ll speak at the Newport Historical Society on the topic “The Launch of Rhode Island’s Revolutionary Artillery.” I wrote about that development in The Road to Concord, but for this talk I’m assembling...
architecture artillery Ebenezer Stevens John Crane Joseph Balch militia mysteries Nathanael Greene Rhode Island Road to Concord additions speaking engagements
From: Boston 1775 on 6 Dec 2016 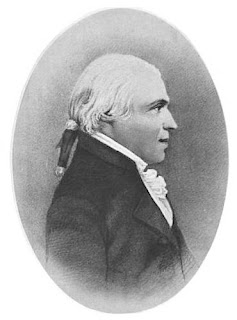