The Siege of Loyalty House by Jessie Childs

“There is nothing that doth more advance and sour a man’s misery”, the eulogist said at the funeral of Sir Marmaduke Rawdon in April 1646, “than this one thought and apprehension: that he was once happy.” Before the outbreak of the English civil...
17th century Basing House Books Books and literature English Civil War English history Hampshire History Oliver Cromwell Reviews
From: Mathew Lyons on 22 Jun 2022 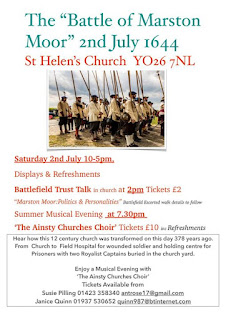 Saturday 2nd July 2022"The Battle of Marston Moor 1644"Event at St Helen's Church, Bilton in Ainsty YO26 7NLA display and events to commemorate the 378th anniversary of the battle of Marston Moor, includes a talk at 2pm by Louise Whittaker from the...
English Civil War
From: Wars of Louis Quatorze on 21 Jun 2022

The Description of the Armies of Horse and Foot of his Majesties at the Battle of Naseby, 14th June 1645, first published in Anglia Rediviva by Joshua Sprigge in 1647 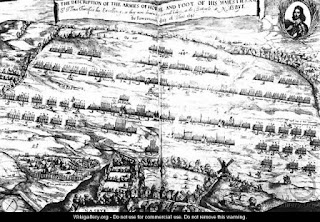 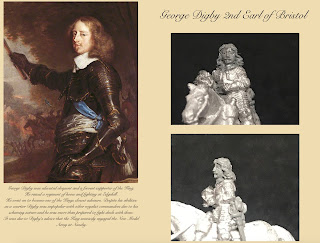 Info here
English Civil War
From: Wars of Louis Quatorze on 24 May 2022

The Siege of Loyalty House 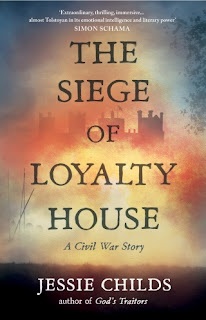 'Extraordinary, thrilling, immersive... at times almost Tolstoyan in its emotional intelligence and literary power' Simon SchamaIt was a time of climate change and colonialism, puritans and populism, witch hunts and war.A greater proportion of the...
English Civil War
From: Wars of Louis Quatorze on 24 May 2022 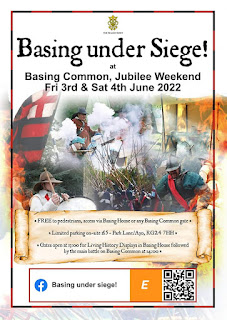 One for the diary. Details here
English Civil War reenactment
From: Wars of Louis Quatorze on 18 May 2022

Event for your diary 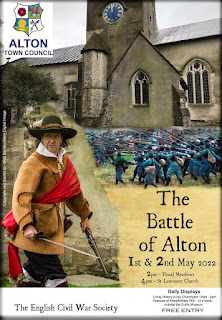 In Hampshire. Wiki on the battle.
English Civil War reenactment
From: Wars of Louis Quatorze on 30 Mar 2022

Today's anniversary. From the wikiThe Battle of Cheriton of 29 March 1644 was an important Parliamentarian victory during the First English Civil War. Sir William Waller's "Army of the Southern Association" defeated a Royalist force jointly...
English Civil War
From: Wars of Louis Quatorze on 29 Mar 2022

This Easter in Frome Somerset 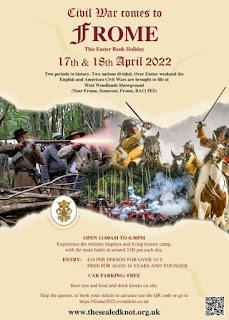 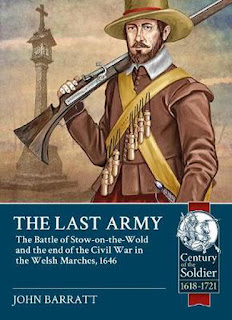 Today's anniversary. Wiki. There is a good Helion book on the subject.
English Civil War
From: Wars of Louis Quatorze on 21 Mar 2022

They (Steel Fist) say Time for a Friday sneak peak at Oliver’s latest sculpts.These are first figures for 15mm ECW Oxford Foot - musketeers firing in salvo. They’ve been designed to be used in rows of 2 or 3.Many thanks to Charles at Helion Publishing...
15mm figures English Civil War
From: Wars of Louis Quatorze on 11 Mar 2022

See more at his Facebook
English Civil War reenactment
From: Wars of Louis Quatorze on 31 Jan 2022

'Many people's understanding of who Oliver Cromwell was and what happened during the English Civil War is shaped by the 1970 film 'Cromwell', starring Richard Harris and Alec Guiness. Our curator, Stuart Orme, takes a look at the film and assesses what's...
English Civil War period movies
From: Wars of Louis Quatorze on 27 Jan 2022

The Battle of Nantwich was fought on 25 January 1644 in Cheshire during the First English Civil War. In the battle, Sir Thomas Fairfax in command of a Parliamentarian relief force defeated Lord Byron and the Royalists.Wiki
English Civil War
From: Wars of Louis Quatorze on 25 Jan 2022