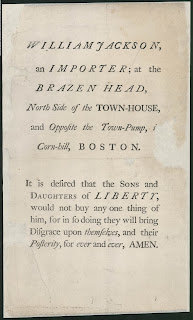 “It would mortify Mr. Adams and please Mr. Washington” 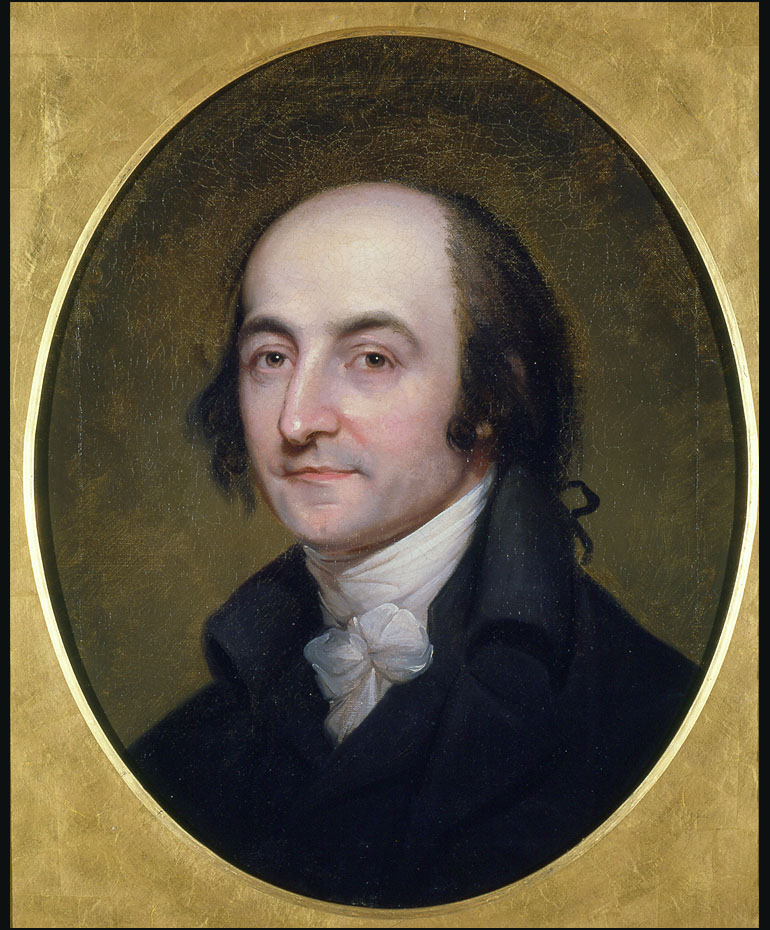 There appear to be a lot of changes happening at Colonial Williamsburg now. Some pandering (Halloween celebration, skating rink), some ordinary revamping (new restaurant at the Lodge), and some just puzzling.In the last category is the change of the site’s...
children clothing handcrafts Harrison Gray Otis holidays Pope Night
From: Boston 1775 on 9 Jan 2016

“Elizabeth went from hence with the said Leonard Brown” The End of the Constitutional Telegraphe

When we left off with John S. Lillie on Tuesday, he was feeling triumphant about the election of Thomas Jefferson as President in 1800. His Constitutional Telegraphe newspaper had strongly supported the Jeffersonian party, though—given how Massachusetts...
Francis Dana George Blake Harrison Gray Otis John Quincy Adams John Vinal law printers propaganda schools Sedition Act Thomas Jefferson
From: Boston 1775 on 24 Nov 2012