The Devil and George Gailer 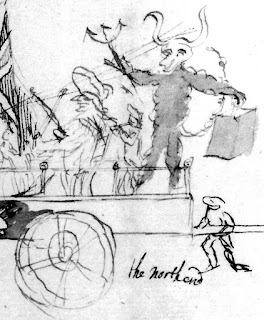 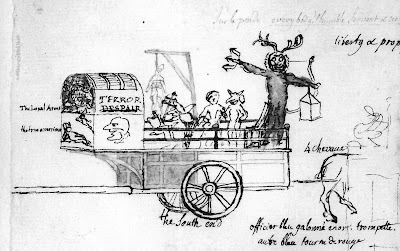 The Fifth of November was a festival of misrule for eighteenth-century colonial Boston, which locals called “Pope Night.” But the celebration actually followed many strict traditions. One was that when 5 November fell on a Sunday, as it did...
children Francis Bernard holidays John Mein John Wilkes Pierre Eugene du Simitiere Pope Night propaganda religion sestercentennial events
From: Boston 1775 on 6 Nov 2019

I’m looking at Charles Adams’s disciplinary record as a student at Harvard College in the late 1780s. In the spring of 1787, Charles was fined six shillings for hosting a noisy gathering in his dormitory room. A year before, John Adams had...
Charles Adams children food Harvard College holidays John Adams manners Pierre Eugene du Simitiere
From: Boston 1775 on 11 Sep 2019

“The great Seal should on one side have…”

A Turkey of a Great Seal

In the musical 1776, the characters of Benjamin Franklin, John Adams, and Thomas Jefferson debate which bird would be the best symbol for the new United States: turkey, eagle, or dove.I saw the movie version of that show during the Bicentennial. My class...
animals art Benjamin Franklin Continental Congress historical fiction immigrant John Adams myths Pierre Eugene du Simitiere stage and screen reviews Thomas Jefferson
From: Boston 1775 on 22 Nov 2018

Hunter on Dighton Rock in Middleboro, 19 May

On Saturday, 19 May, the Massachusetts Archaeological Society will host a special lecture by Douglas Hunter on “The Place of Stone: Dighton Rock and the Erasure of America’s Indigenous Past.”Drawing on his book of the same name, Dr....
archeology Berkley Cotton Mather Dr. William Douglass Ezra Stiles John Winthrop Middleboro myths Native Americans Pierre Eugene du Simitiere science
From: Boston 1775 on 16 May 2018

“Poor Charles the batchelor that was once master of the ceremonies” 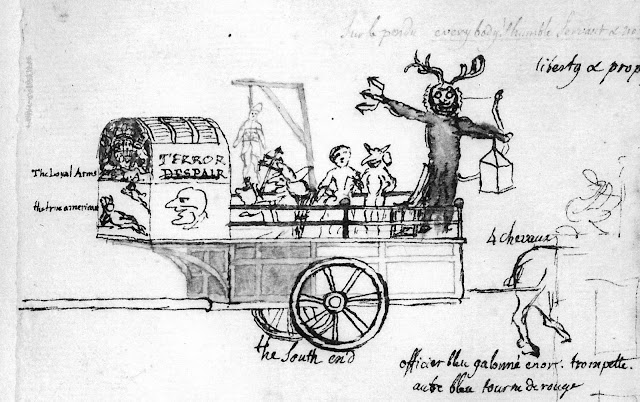 When I say that Customs official Charles Paxton was “queer,” I’m not claiming to know whom he had sex with, or wanted to have sex with. I’m saying that Bostonians saw something odd in Paxton’s lifestyle and manners, and they...
art Charles Paxton manners Pierre Eugene du Simitiere Pope Night propaganda sexuality
From: Boston 1775 on 3 Nov 2017

“The union was established in a very ceremonial manner” 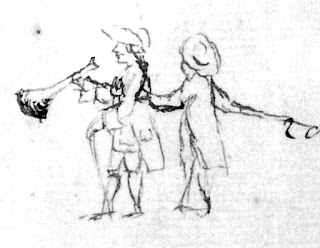 Historians of British prison reform and genealogists seem to be doing a good job at filling in the details of William Cunningham’s life after he served as provost martial (or marshal) for the Crown forces throughout the war. Which leaves his life before...
immigrants Isaac Sears John Hill John Lamb Liberty Poles Loyalists mysteries New York Pierre Eugene du Simitiere riots Thomas Jones William Cunningham
From: Boston 1775 on 6 Dec 2012