Yesterday I quoted a story from Elkanah Watson describing a trip to Medford with gunpowder for the Continental Army during the siege of Boston.Watson’s memoir didn’t specify a date for that mission. We know from contemporaneous sources that...
Elkanah Watson George Washington gunpowder John Brown militia myths Rhode Island siege of Boston Stephen Moylan
From: Boston 1775 on 7 Dec 2018 In his last moments, with calculated efficiency, he bolted the bedroom door so no one could interrupt the execution of his final act. Charles... The post Charles Craig’s Final Statement appeared first on Journal of the American Revolution.
4th Light Dragoons Charles Craig Conflict & War espionage Features Loyalists People Philadelphia Campaign Stephen Moylan suicide
From: Journal of the American Revolution on 10 Jul 2018 As I quoted yesterday, Gen. George Washington’s orderly book records that on 17 Mar 1776 the Continental Army countersign—the main password for anyone in the army trying to pass a guard or sentry—was “St. Patrick.”Since October, the army had...
Artemas Ward George Washington immigrant language mysteries religion Stephen Moylan
From: Boston 1775 on 18 Mar 2014

The new year can’t start without Somerville’s annual commemoration of the raising of the “Grand Union flag” at Prospect Hill Park. That will start on 11:30 A.M. on Wednesday as an actor on horseback portraying Gen. George Washington leads a procession...
flags George Washington Joseph Reed mysteries remembering the Revolution Somerville Stephen Moylan
From: Boston 1775 on 28 Dec 2013

The Real Story of “Old Put” 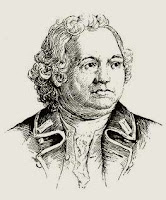 When I wrote yesterday’s essay about Gen. Joseph Spencer’s nickname, I asked myself, “And now will someone ask about ‘Old Put’?” And sure enough, on the Boston 1775 Facebook page Peter Fisk asked about “Old Put,” the fabled nickname for...
George Washington Israel Putnam John Greenwood Joseph Reed Joseph Ward New York siege of Boston Stephen Moylan
From: Boston 1775 on 26 Sep 2013

On Wednesday, 4 September, the the American Revolution Round Table of the District of Columbia will host an illustrated lecture by Wade P. Catts titled “As great a piece of Generalship as ever was performed: Reinterpretation of the Battle of Princeton,...
digital historiography geography language Princeton Stephen Moylan Trenton
From: Boston 1775 on 24 Aug 2013

Washington Asks Lee for an Aide 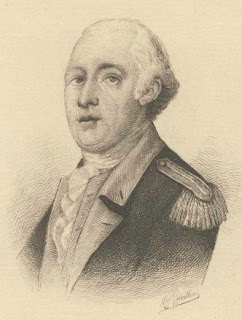 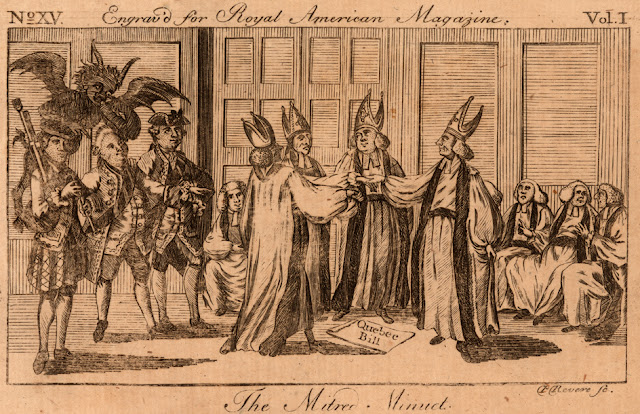 The Source of the “Huzzah” Anecdote

Yesterday I completed tracing the story of Gen. George Washington’s admonition to his troops not to cheer at Yorktown to Dr. Thomas McCalla, intendant (mayor) of Charleston, South Carolina, in 1810-11. The last step is determining if McCalla was at...
Continental soldiers George Washington medicine Stephen Moylan Thomas Harrison McCalla Yorktown
From: Boston 1775 on 7 Sep 2012