Your search for posts with tags containing Television found 99 posts

Let me be very clear: Salem is NOT a Gilded Age town. In reference to the new series from Julian Fellowes, Salem is the two Old Money sisters in the stuffy house, not the nouveau riche couple across the street in the bright and shiny Beaux-Arts building....
Architecture Gilded Age Historic Preservation Houses Popular Culture Salem Television urban planning
From: streets of salem on 29 Jan 2022 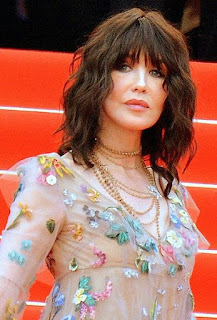 It all Centers on the House

I am recovering from my second bad cold of the year, and have spent much time over the past few days watching television just like I did during my summer sickness. At that time, I made the dreadful mistake of watching Netflix’s The Last...
Culture Design Edgar Allan Poe films great houses Haunted Houses Houses illustration Literature Television
From: streets of salem on 24 Oct 2019

The twitter tagline for Hub History’s podcast on the Boston witch trials in the mid-seventeenth century was a bit on the edge for me: The Salem Witch Trials? So mainstream. Boston was hanging women for imaginary crimes BEFORE it was cool. Yet...
Auctions books Boston Essex County History Local Events maps Podcasts Salem Salem witch trials Television Theatre Witch City Witch Hunting Witch Trials
From: streets of salem on 7 Oct 2019

Now I feel even worse for the Romanovs

I’ve had this dreadful summer chest cold over the last week or so; it’s taking forever to go away. I have tried to go about business as usual, but it persists, so on Monday I just laid in bed all day determined to vanquish it with as much...
Anniversaries Culture History Popular Culture Romanovs Royalty Russia Television
From: streets of salem on 17 Jul 2019

Brexit, Corbyn, Anything but History: The Way People Talk About Poldark

“I fought for our liberty. For our hopes. For our dreams. And I’ll keep on fighting. Whatever the cost.” These words were first broadcast in 2016. They were spoken by Ross Poldark, shot in extreme close up, interspersed with images of...
Blog Brexit Eighteenth-Century Jeremy Corbyn Literature Poldark Politics television
From: The View from the Eighteenth Century on 7 Jun 2019

New Podcast: Edward Collins, “Kingdom, Empire, and Plus Ultra: Conversations on the History of Portugal & Spain” – Most Recently: Stephanie Cavanaugh

Stephanie Cavanaugh, “Moriscos, Enslaved Children, and Litigating for Liberty in Sixteenth-Century Spain” is the most recent episode of Kingdom, Empire, and Plus Ultra: Conversations on the History of Portugal and Spain, hosted by Edward Collins...
Documentaries/films/television/radio Edward Collins Interviews Stephanie Cavanaugh Stephanie M. Cavanaugh
From: EM Spanish History Notes on 30 Jul 2018

The Secret History of The Crown

The colonial American equivalent of Bonfire Night, which has been celebrated in Britain ever since the foiling of Guy Fawkes’ and his fellow Catholic conspirators’ attempt to blow up King James I and Parliament on November 5, 1605, seems to...
American Revolution Art Customs and Manners ephemera folklore History holidays Salem Television
From: streets of salem on 5 Nov 2017

By Tallulah Maait Pepperell Earlier this month, I was given a chance I would have been mad to pass up. A week before, Lisa Smith forwarded an email from Sean O’Hanlon from Love Productions, asking for recipe and food historians who would be interested...
Extra Slice Food and Drink Great British Bake Off News/Actualités Posts television
From: The Recipes Project on 30 Oct 2017

How an American Became ‘The French Chef’

By Juliet Tempest There can be no better description of Julia Child than “meticulous.” Indeed, Amy Vidor and Caroline Barta describe her thus in their delightful post this month. They review the history of Child’s success in circulating...
cooking shows culture Food and Drink Julia Child Juliet Tempest Knowledge Transmission Modern nationalism Posts television
From: The Recipes Project on 26 Oct 2017

Years ago I remember enjoying historical-reality series like The 1900 House, Frontier House, and Colonial House, but I’m not having quite the same response to the current representative of this genre, Victorian Slum...
books films History Living History Popular Culture Teaching Television
From: streets of salem on 15 May 2017