The Most Extraordinary Murder Marshfield’s Special Spot on the Road to Concord, 7 July 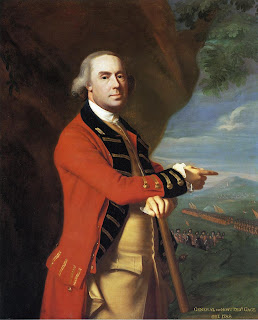 On Thursday, 7 July, I’ll speak on “The Road to Concord: How Massachusetts Moved Toward War in 1774-75” at the Winslow House in Marshfield. There will be a book signing and light refreshments afterwards. Admission is $5 for members...
animals British soldiers Loyalists Marshfield Nathaniel Ray Thomas Nesbit Balfour Nisbet Balfour Scituate speaking engagements Thomas Gage Timothy Ruggles
From: Boston 1775 on 5 Jul 2016

The Choice between Ruggles and Otis

One of the first acts of the Stamp Act Congress when it convened in New York in October 1765 was to elect a chairman.Arguably, that was the first political office to derive its authority from the thirteen colonies that would form the U.S. of A. eleven...
Continental Congress James Otis John Cotton John Watts sestercentennial events Stamp Act Stamp Act Congress Thomas Hutchinson Thomas McKean Timothy Ruggles
From: Boston 1775 on 8 Oct 2015

When the Stamp Act Congress Convened

On 7 Oct 1765, the Stamp Act Congress convened at City Hall in New York (shown here). It was a week behind schedule.As proposed by the Massachusetts House of Representatives back in June, this was a convention of delegates from the colonial legislatures...
Francis Bernard James Otis New York Oliver Partridge political organizing sestercentennial events Stamp Act Stamp Act Congress Timothy Ruggles
From: Boston 1775 on 7 Oct 2015 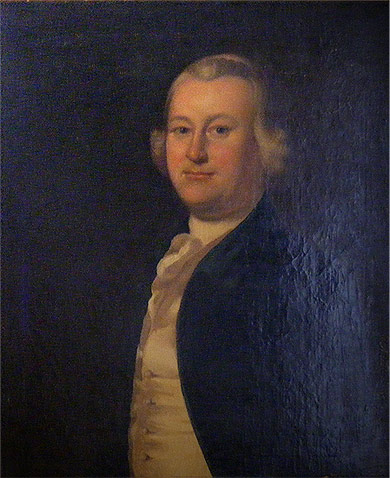