During my PhD I had trouble with my arms. After speaking to a fantastically enthusiastic surgeon it was revealed that I have cervical ribs. An extra set of ribs growing out of my cervical spine (you can see my x-ray
anatomy Blog posts cervical ribs early modern health illness rib cage seventeenth century
From: Early Modern Medicine on 1 Feb 2017

I’m delighted to be able to start the New Year with a really important guest blog from Frank Fox. Following on from his previous contributions on this site, which provided the most definitive listings of the fleets at the Battle of the Texel/Kijkduin...
Barfleur jacobites Maritime history Naval history Seventeenth century Uncategorized Warships Zeegeschiedenis
From: Gentlemen and Tarpaulins on 2 Jan 2017

In the wake of the Royal Society (London, 1660) and the Académie Royale (Paris, 1666), a slew of scientific societies formed in the later seventeenth-century European world, nodes in an expanding network of institutions devoted to experimental...
British Empire history history of science Ireland publication Scientific Revolution self-promotion seventeenth century
From: memorious on 21 Dec 2016

In my current project on men’s sexual health (including genitourinary conditions and afflictions of the groin) I have been reading a lot of descriptions and case notes of testicular swellings and hernias. One of the things that has stood out
bladder stones Blog posts comparison early modern health hernia medicine seventeenth century size
From: Early Modern Medicine on 7 Dec 2016

After stuffing ourselves with Thanksgiving dinner the day before, and Thanksgiving breakfast pie yesterday morning, we walked downtown to the Peabody Essex Museum to see their latest blockbuster exhibition, Shoes: Pleasure and Pain. It is a...
Art Blogs Culture Exhibitions History Local Events material culture Peabody Essex Museum Salem Seventeenth Century
From: streets of salem on 26 Nov 2016

Fantastic Beasts (and where to find them)

‘He Barbarously Carried Hir Head in his Wallet’: Near Dalkeith, 1686 #History #Scotland

Lord Fountainhall reports: 6 December, 1686: ‘At Criminall Court, it was reported, one had murdered a woman near Dalkeith, and cut off hir head, because meiting hir on the hy-road, shee had discovered to him hir acquaintance shee had been receiving...
1686 Dalkeith Edinburgh Edinburghshire History John Lauder of Fountainhall Murder Scotland Scottish History Seventeenth Century true crime
From: Jardine's Book of Martyrs on 19 Nov 2016

As many regular readers will know along with Ciara Meehan I have been working hard finalising the proofs for an edited collection exploring Perceptions of Pregnancy from the Seventeenth to the Twentieth Century. We are very excited about the volume
birth Blog posts breastmilk early modern health medicine motherhood pregnancy seventeenth century
From: Early Modern Medicine on 9 Nov 2016

A few weeks ago I was lucky enough to be the guest on Soho Radio’s Science Mixtape with Matilda Hey. If you would like to listen to the show it is available as a podcast.
Blog posts disease early modern health medicine Mixtape remedies Science seventeenth century sickness Soho Radio
From: Early Modern Medicine on 31 Oct 2016

Not too long ago I wrote a post about corpse medicine; the use of parts of the dead body in medicines. This could take the form of Stroking lumps and bumps with the hand of a hanged man, or including mummified flesh
bladder stones Blog posts corpses early modern health lithotomy medicine seventeenth century surgery
From: Early Modern Medicine on 26 Oct 2016

The Contradictory Life of the Handkerchief 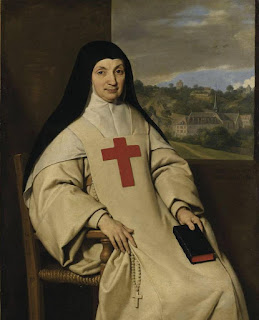 The Reformation Studies Colloquium took place in Newcastle between Wednesday 14th and Friday 16th September. The event was well attended and featured speakers from a variety of countries. I was lucky enough to be able to enjoy all three days of the conference...
Catholic Long Reformation Monks Newcastle Nuns Politics Protestant Reformation religion Seventeenth Century. Sixteenth Century Spirituality
From: Theosophical Transactions on 18 Sep 2016

[This is excerpted from the talk I gave at the New York Academy of Medicine on 13 September 2016, which was itself excerpted from my book The Courtiers’ Anatomists] Under cover of night, the dead of Paris made their journey from the burial grounds...
Anatomy History History of science Medicine Paris seventeenth century
From: Anita Guerrini on 16 Sep 2016

Self-promotion alert! (But if I don’t tell you, who will?) I’m happy to say that a piece I wrote on two seventeenth-century scientific projectors, Gabriel Plattes (c.1600-44) and William Petty (1623-87), has at long last come out as a chapter...
alchemy economy history publication Scientific Revolution self-promotion seventeenth century
From: memorious on 15 Sep 2016

Across the Atlantic, the year-long commemoration of the 350th anniversary of the Great London Fire of 1666 is peaking this weekend, today actually, with a contained conflagration: a 400-foot wooden replica of the seventeenth-century city will go up in...
Art Commemoration Culture Current Events Great Britain History London Public Art public history Remembrance Seventeenth Century
From: streets of salem on 4 Sep 2016

Trump and the Myth of Independence, Part

As noted in my last, I’d like to say a little more about a specific thread of Trumpism that seems to have gained traction among people who might not otherwise choose to identify publicly with a bigot. This is the idea that as a super–rich...
democracy Donald Trump history independence seventeenth century Uncategorized wealth
From: memorious on 9 Aug 2016

The Theosophical Transactions of the Philadelphians (No. 3) 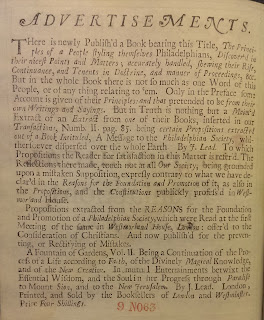 The Maladies of Midwives

While doing some research for the book Sara and I are writing on diseases and medicines in the early modern era I came across a book published in 1703 by Italian doctor Bernardino Ramazzini. Sometimes referred to as the father
Blog posts childbirth disease early modern health midwife midwives occupational health pox seventeenth century
From: Early Modern Medicine on 3 Aug 2016