Your search for posts with tags containing smuggling found 12 posts

Tea, Tax, and Smuggling: What Made Britain a Tea Drinking Nation?

1784 and the European tea market was in upheaval. The most lucrative part of the continental East India trade had suddenly been undermined by a radical tax reform in Britain, the so-called Commutation Act of 1784. For decades, East India companies based...
Art England Smuggling Taxation Tea
From: Intoxicating Spaces on 21 Oct 2019

Quilted Petticoats: worn by all women and useful in more ways than one

Quilted petticoats were an item of clothing that transcended any notions of class or status; they were worn throughout most of the eighteenth-century by all women from nobility down to fish-wives and had a variety of uses. Usually tied at either side...
18th Century Arthur Devis Fashion & Cosmetics Fashion History Joshua Reynolds loom quilting Marseilles Nelly O'Brien Quilted petticoat Smuggling
From: All Things Georgian on 20 Nov 2018

We are always delighted to welcome back the lovely and very informative author Regan Walker. Today she’s going to tell us about what the island of Guernsey would have been like during the French Revolution. So, without further ado, we will hand...
A Fierce Wind Channel Islands Donet Trilogy Evan Nepean French Revolution Guernsey History Our Guests Regan Walker Smuggling St Peter Port
From: All Things Georgian on 27 Sep 2018

The Sugar Act: A Brief History The Sugar Act of 1764 levied taxes on imports to British colonies in North America. In doing so, the act marked a change in... The post The Sugar Act: A Brief History appeared first on Journal of the American Revolution.
Colonial protests Critical Thinking Law Molasses Act Prewar Politics (<1775) Regulation of trade rum Smuggling Sugar Act Taxation Townshend Acts West Indies
From: Journal of the American Revolution on 17 Sep 2018

Learn the ropes in the ancient art of smuggling! 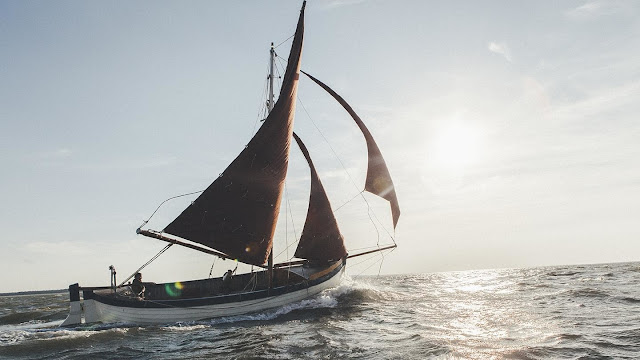 On the trail of the Hawkhurst gang of smugglers

In An Infamous Mistress: The Life, Loves and Family of the celebrated Grace Dalrymple Elliot, we mention her uncle by marriage, John Dundas who married Helen Brown, Grace’s determined and strong-minded maternal aunt who was a constant presence...
18th Century An Infamous Mistress Cholmondeley's Regiment of Foot Cobham's Dragoons Crimes of Georgian England Grace Dalrymple Elliott Hawkhurst Gang History John Dundas Newgate Smuggling
From: All Things Georgian on 26 May 2017

Gentlemen Of The Night. 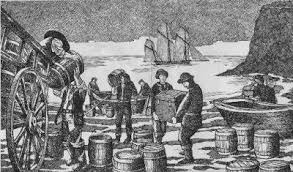 For those members that live in the UK.A documentary film which explores the rich smuggling history of Christchurch and its operations within the neighbouring 'wild land' of the New Forest is being shown at the Regent Centre Christchurch as part of the...
17th century 18th century Britain Christchurch documentary England history living history smugglers smuggling
From: A Woodsrunner's Diary on 30 Sep 2016 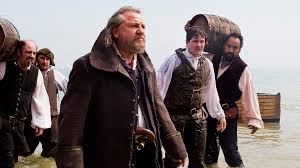 It is usually the case that the book is always better than the movie, but having read the book, I can only hope that the movie is better than the publication. J.M. Falkner was certainly no historian, nor was he a researcher & he obviously knew very...
18th century book review entertainment fiction Moonfleet movie smuggling Video
From: A Woodsrunner's Diary on 3 Jun 2015

Earl Soham is a traditional village lying in the heart of the Suffolk countryside on the Roman road that leads from the Suffolk coast to Stowmarket and as usual whilst stumbling around searching for something completely different...
Diaries of William Goodwin (1746 - 1815) Earl Soham Suffolk Georgian diary Smuggling William Goodwin
From: All Things Georgian on 28 Aug 2014

Tea was a very popular drink in England during the 18th century. However, it was expensive. The East India Company held a monopoly on the import of tea, and kept prices high; governments, for their part, saw it as a useful source of revenue and slapped...
East India Company Lidgater Oddments smuggling tea
From: Kirby and his world on 4 May 2013