Your search for posts with tags containing succession found 123 posts 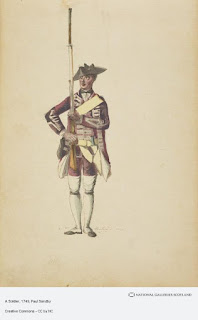 From here A Soldier | National Galleries of Scotland
War of Austrian Succession
From: Wars of Louis Quatorze on 16 May 2022

THE SIEGE OF TOURNAI BY PIERRE L'ENFANT (detail)

Complete picture here. Thanks to Wm. Booth Draper
1740s War of Austrian Succession
From: Wars of Louis Quatorze on 11 May 2022 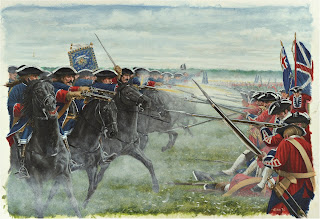 from Osprey Campaign 307: Fontenoy 1745 by Michael McNallyIllustrated by Seán Ó’Brógáin hereToday's anniversary. Here
War of Austrian Succession
From: Wars of Louis Quatorze on 11 May 2022

The March of the Guards to Finchley 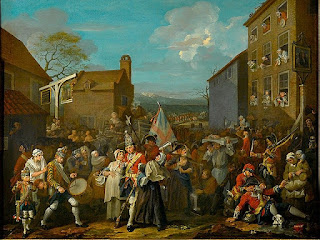 From the wikialso known as The March to Finchley or The March of the Guards, is a 1750 oil-on-canvas painting by English artist William Hogarth, owned by and on display at the Foundling Museum. Hogarth was well known for his satirical works, and The...
art War of Austrian Succession
From: Wars of Louis Quatorze on 20 Apr 2022

''here is the first draft of Tricorn, being my adaptation of Shako Napoleonic rules for the wars of the mid-18th Century.''Go here to read them and see more
Seven Years War War of Austrian Succession wargaming rules
From: Wars of Louis Quatorze on 19 Apr 2022

WAS supplement for ''For King or Empress''' 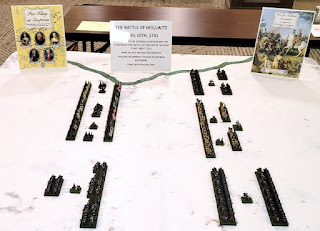 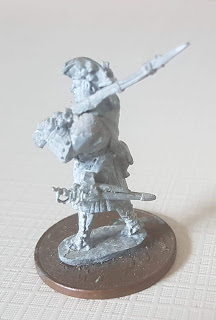 I bought these about 20 years ago. They are multi part castings for the most part. Sword and musket/arm are separate. I think they came from France. Anyone know about these?
War of Austrian Succession wargaming
From: Wars of Louis Quatorze on 2 Apr 2022 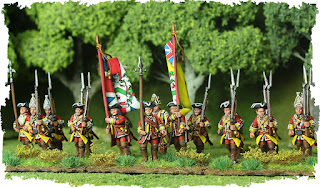 This Week on Dispatches: Jospeh Solis-Mullen on the First Partition of Poland on the Eve of the American Revolution As you probably already know Flags of War have a range of Jacobite Rebellion figures. Recently they have announced they are to expand into the WAS with a Kickstarter this month delivering in April. They plan all sorts of new figures in the future including...
War of Austrian Succession wargaming
From: Wars of Louis Quatorze on 9 Mar 2022

From the First Partition of Poland to Yorktown It is generally taken for granted that France was ready to jump into the war between Britain and the rebelling North American colonies on... The post From the First Partition of Poland to Yorktown appeared first on Journal of the American Revolution.
Anne-Robert Jacques Turgot Austria Comte de Vergennes Diplomacy Diplomatic Revolution of 1756 Frederick I Glorious Revolution Jaques Necker Louis XIV Ottoman Empire Prewar Conflict ( Prewar Politics ( Prussia Russia Russo-Turkish War Seven Years' War Strategy War of the Austrian Succession
From: Journal of the American Revolution on 1 Mar 2022

Jacobite Rebellion in the Ukraine

The Two Sieges of Louisbourg: Harbingers of American Discontent When they heard the news in 1757, some New Englanders smirked. Others grew angry. The British were mounting a major expedition against the powerful... The post The Two Sieges of Louisbourg: Harbingers of American Discontent appeared first on Journal of...
Battles James Wolfe Jeffrey Amherst Lord Loudoun Prewar Conflict ( Samuel Adams Siege of Louisbourg 1745 Siege of Louisbourg 1758 Treaty of Aix-la-Chapelle Treaty of Paris 1763 War of the Austrian Succession William Pepperell William Shirley
From: Journal of the American Revolution on 30 Nov 2021 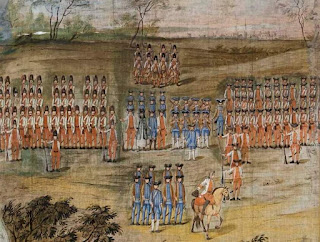 Thanks to Vladimir Brnardić for this.'Trakošćan Castle is located in northern Croatia (in the Varaždin County) that dates back to the 13th century. Among other treasures it has well preserved hand painted wallpapers that feature Austrian infantry...
War of Austrian Succession
From: Wars of Louis Quatorze on 21 Nov 2021 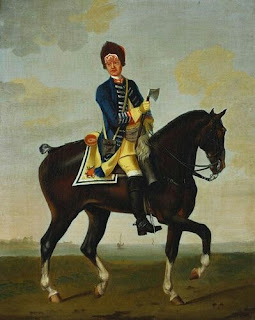 War of Austrian Succession
From: Wars of Louis Quatorze on 30 Sep 2021 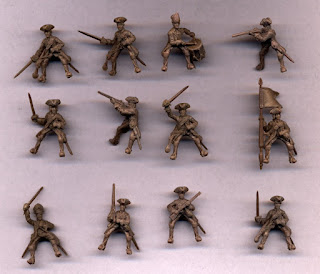 Today's anniversary is this 10 minute battle.
War of Austrian Succession
From: Wars of Louis Quatorze on 21 Sep 2021

At Deviant Art
art War of Austrian Succession
From: Wars of Louis Quatorze on 17 Sep 2021