“They stampd the Image & timber & made a great bonfire” 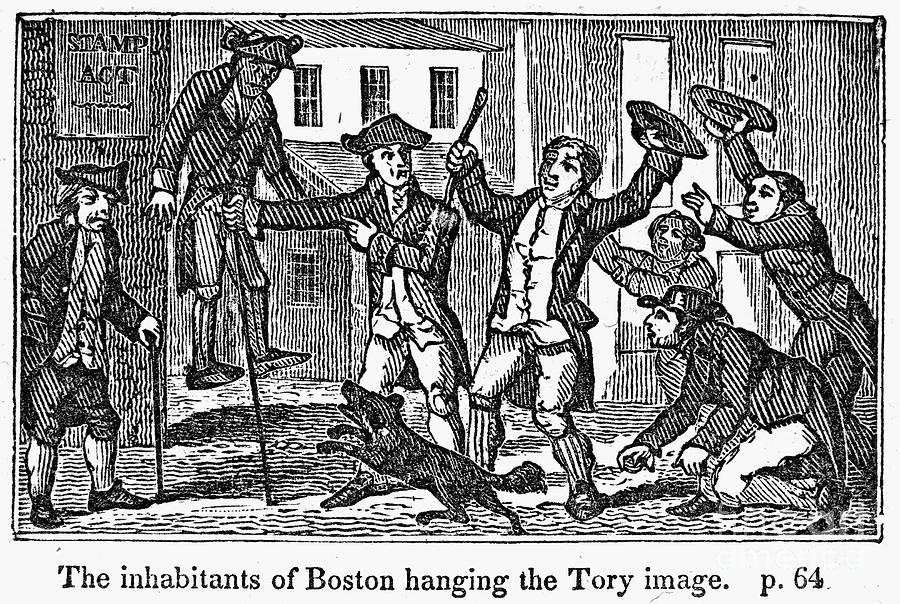 “A Stampman hanging on a Tree” 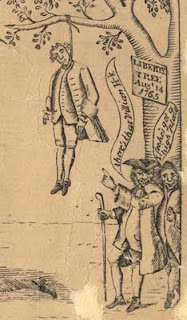 This is the 250th anniversary of Boston’s first public demonstration against the Stamp Act, which set off a wave of similar protests in the other ports of British North America. One of the best sources on that event is a letter from Boston merchant...
Andrew Oliver art John Avery John Collins Liberty Tree Loyalists Loyall Nine Paul Revere political organizing sestercentennial events Stamp Act Stephen Greenleaf
From: Boston 1775 on 14 Aug 2015

The Flight of the Stampmen in the Boston Gazette

In preparation for the next two days of Stamp Act sestercentennial events in Boston, I looked up the issue of the Boston Gazette for Monday, 12 Aug 1765.That was the last issue published before effigies appeared on the big South End elm. It’s easily...
Andrew Oliver blacks Connecticut Jared Ingersoll political organizing printers Rhode Island Roxbury Stamp Act
From: Boston 1775 on 13 Aug 2015

Tyler on the Hutchinson House at Old North, 26 Aug. 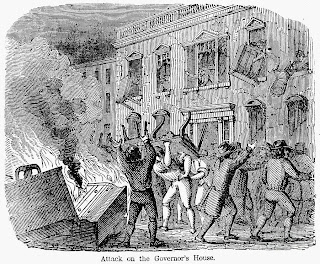 As I wrote yesterday, on 14 August the Revolution 250 coalition will host a ceremony illuminating and hanging lanterns in Liberty Tree Plaza, at the intersection of Washington and Boylston Streets, to commemorate the sestercentennial of Boston’s...
Andrew Oliver Liberty Tree political organizing riots sestercentennial events Stamp Act Thomas Hutchinson
From: Boston 1775 on 2 Aug 2015