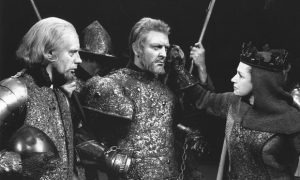 Margaret of Anjou For many years attempts have been made to establish that Richard III was not the out and out villain that Shakespeare presents to us, a difficult task since Richard III is one of his most compelling characters in a highly successful...
Edward Hall Henry VI In Our Time Margaret of Anjou Plays and Poems Richard III Sources Trojan War
From: The Shakespeare blog on 31 May 2018 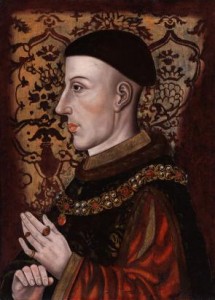 6 January 1540: The Wedding of Henry VIII and Anne of Cleves

Remembering Bosworth and the death of Richard III 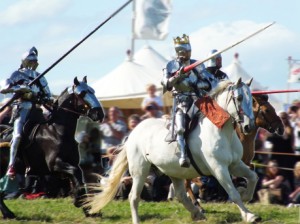 The 2013 re-enactment of the cavalry charge at Bosworth 22 August marks the anniversary of the Battle of Bosworth at which in 1485 the ruling king of England, Richard III, was killed. With Henry VII taking the throne it was the end of the Plantagenet...
Battle of Bosworth Edward Hall Legacy Leicester Cathedral MOOC Plantagenet Richard III University of Leicester
From: The Shakespeare blog on 22 Aug 2014

The Marriage of Henry VIII and Anne Boleyn

The end of chivalry: John Talbot, the terror of the French 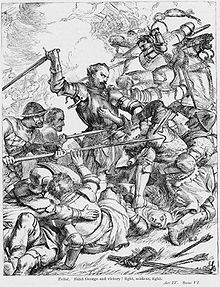 Illustration by H C Selous of Talbot in battle from an 1830 edition of Shakespeare According to the messenger who gives the news in the first scene of Henry VI Part 1, Lord Talbot was captured by the French during a battle that took place on 10 August. The...
Edward Hall Henry VI Part 1 John Talbot Shakespeare on Stage Shakespeare's World Sources
From: The Shakespeare blog on 10 Aug 2013