Dots on the Ensign’s Map

Violence Beyond King Street on the Fifth of March 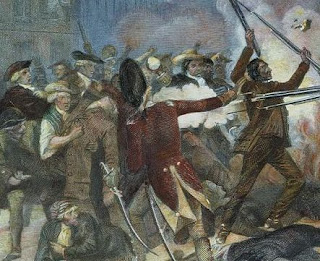 “Complete victory obtaind over the knaves & foolish villains of Boston”

On 31 Oct 1770, the day after he was acquitted of murder, Capt. Thomas Preston wrote a letter from Castle William to Gen. Thomas Gage in New York.Soon after being arrested, Preston had written a letter to Edes and Gill’s Boston Gazette praising...
Boston Massacre British soldiers law Peter Oliver Robert Auchmuty sestercentennial events Thomas Preston
From: Boston 1775 on 3 Nov 2020

The Case for Capt. Preston 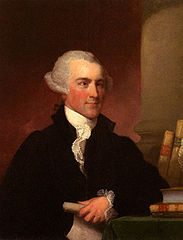 “An assault, on the Body of the said George Gailer”

The “Hutchinson Letters” Published at Last 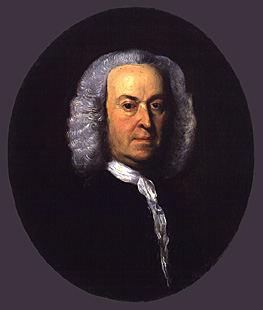 I’ve been tracing the maneuvers in 1773 around the “Hutchinson letters.” Benjamin Franklin sent those documents to the speaker of the Massachusetts house under conditions of secrecy. The Massachusetts Whigs nibbled away at the edges...
Andrew Oliver Charles Paxton Customs service Edes and Gill Isaiah Thomas Liberty riot Massachusetts General Court Nathaniel Rogers non-importation printers Robert Auchmuty Thomas Hutchinson
From: Boston 1775 on 11 Apr 2019

“At my trial for caning Gill”